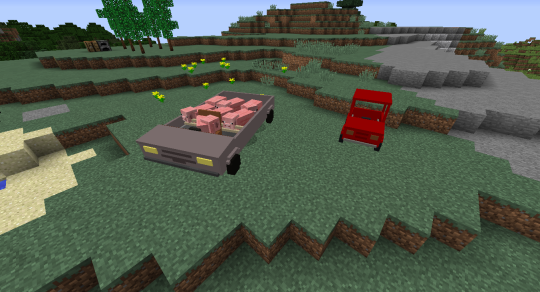 A new way to transport your pigs!

Personal Cars by Ktos94852 is another relatively new small mod that adds cars to Minecraft. Now, adding vehicles to Minecraft is not a new idea, but Personal Cars does it pretty well. Moreover, the mod implements the idea in an imaginative way that I suspect, under the hood, aids the mod’s stability (which has always been a problem for vehicles in Minecraft).

Before getting started, let me clarify that I am reviewing Personal Cars v. 1.2.2 for MC 1.11.2. The mod was recently ported over to 1.12 in version 1.3, but the changelog doesn’t mention that there were any bugfixes or additions other than the change of MC version. 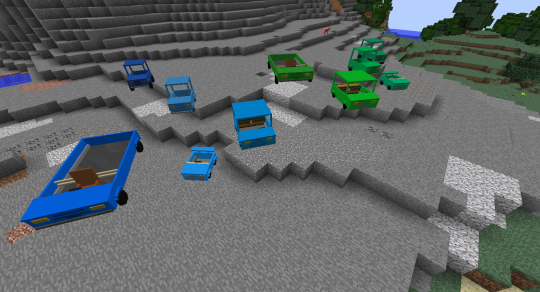 All five models in the blue and the green varieties. 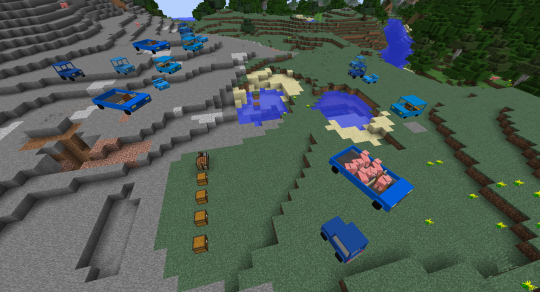 Before version 1.2.2, there was a bug where when you left the area or restarted your game, all your vehicles changed to look blue (though they were still the other colors in data values). This bug has been fixed.

Crafting these things is relatively simple, but it will take some iron. All cars are made up of tires (made from iron and black dye), an engine (pistons, iron, redstone), an iron block, dye (red, blue, green, or gray), and one variable material that determines which model the recipe produces. BTW, this mod does not add any world gen nor does it add its own crafting bench. I appreciate Personal Cars’ both for its crafting simplicity and its (in my opinion) well balanced recipe costs. All the recipes and instructions for using the vehicles is easily found at the mod’s thread on minecraftforum.net, so I won’t be showing or describing everything here. But just so you can see the kind of recipe balancing and simplicity I’m talking about: 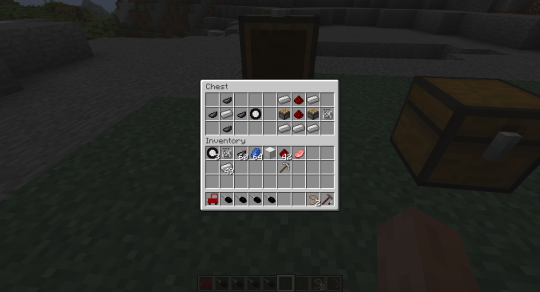 Crafting recipes for tires and engines

Personal Cars adds three other kinds of items that are not part of the recipe for any automobile: the key, the whip, and the key modifier (a block). 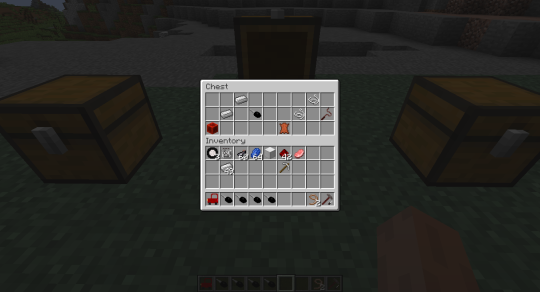 Crafting recipes for keys and whips.

Each vehicle must be assigned a key (you can make duplicates). Right clicking the key locks or unlocks the vehicle. Vehicles are entered and exited the same way you mount and dismount a horse (right click and left shift). Without the key to unlock a vehicle, the vehicle cannot be used. Whips are used to load and unload mobs onto and off of the transporter. They are also used just to whip mobs and players, which is hilarious. The key modifier takes an already existing key and either unpairs it or assigned its pairing to another key, making a duplicate (for significantly less money than the $300 Ford wants to make me a second key for my Focus).

How do they drive? Well, once you figure out that you have hit ‘R’ to turn the ignition before you can move them, actually, the cars all drive kind of like horses. I suspect that’s because, under the hood, they are, basically, horses. Whereas earlier mods that added cars tended to make vehicles behave more like boats or minecarts (or even a mass of moving blocks – usually VERY unstable), Ktos94852 appears to have patterned the mechanics of the cars in this mod after Minecraft’s ridable mobs, and I think that is brilliant. It solves the problem of stability of the vehicles, not only in regards to their movement on land but also in regards to their persistence in the world. See, in mods where vehicle behavior is based on a minecart or (especially) a boat, the vehicles sometimes have a tendency to break if they come across a kind of terrain that it just can’t figure out. So in order to use vehicles from many (if not most) earlier mods, you needed a big stretch of flat, featureless land. The problem is that Minecraft isn’t usually too terribly flat. Even its plains and desert biomes are pretty bumpy and unpredictable.

The vehicles in Personal Cars, on the other hand, handle almost all terrain like champ (a champion racing stallion, that is). Their turning radius is a lot bigger than that of horses, so they feel a little clumsy compared to horses – as they should! Horses remain superior in handling on very difficult terrain (steep hillsides, thick forests) and are better for exploring because you can always dismount a horse and guide them with a lead (when fording a river, for example). But the vehicles from Personal Cars can handle most terrain just fine.

One other thing that might be a little weird about these vehicles is that they don’t use fuel (again, like horses). They just run indefinitely. That might change in the future, but as far as I’m concerned, it’s not a big deal. Another reason I think they might be disguised horses is that they don’t act like minecarts or boats in Creative mode. You have to essentially “kill” the car with a tool or sword – and you can see red hearts flying out when you strike it (I haven’t yet checked to see if cars regain their “health” over time, like horses).

I haven’t tried Personal Cars out on a multiplayer server, but because (I suspect) its vehicles are based on horses, I expect that it would work without a hitch in multiplayer.

The graphics are meh, but it’s freaking Minecraft, so I’m not too terribly concerned about that. The models for the compact car and the SUV are extremely similar, and the truck is essentially the same, just wider and with a chest. In an ideal world, I would like to see some cooler models, but it’s a young mod developed by (I think) one person, so maybe better models are in the mod’s future. I do want to give the mod author credit for making the headlights and taillights turn on an off when they are locked and unlocked with the key.

The sounds on the other hand are a delight. Locking and unlocking the vehicles with the key produces a distinctive chirping sound. Hitting ‘R’ when in the vehicles to start them produces a realistic ignition sound. There are at least three different model-dependent horn sounds that are activated using, by default, the ‘H’ key. The horn frightens animals, which is a really fun touch. Engine sounds are okay (not great), but they do change in pitch with the speed of the vehicle.

Personal Cars by Ktos94852 was a delightful discovery. It implements cars in Minecraft in a way I have not before seen and that makes them entirely stable and usable in a blocky world. The mod also exhibits some fun attention to detail without getting bloated. If you would like to have some mechanical alternatives to horses, donkeys, mules, and llamas, check out Personal Cars. 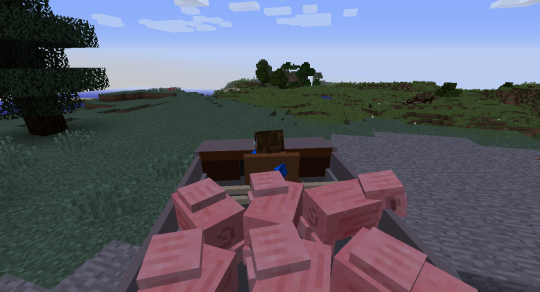