How to Make a Drown-Style Mob Grinder

A nice peaceful place to fish and listen to the sweet sounds of drowning Zombies.

While not the most popular of Mob Grinders (for good reason – they don’t kill Witches), I have always been rather partial to the kind of Grinder that drowns my victims. I don’t know exactly why. Maybe it’s just that I take a perverse pleasure in listening to sufferings of Zombies, Skeletons, and Creepers as they slowly succumb to suffocation. Hm … hm … hm mwa ha ha HAHAHAHA! Uh. Ahem.

But another, less maniacal reason I like drown-style Mob Grinders is that they place the Mob Spawner platforms below the place of death rather than above. This makes the whole Mob Farm complex potentially more concealable than one built up in the clouds so as to drop the Mobs to their doom. You can carve them out of the rock beneath you and easily have the collection area near your main base that doesn’t mess with your overall design aesthetic. If that is a concern for you. It is for me.

However, if you go onto YouTube and look up how to build a drown-style Mob Grinder, most of the videos that show up are rather old. Etho, for example, has an outstanding four part series on building a drown-style Mob Farm. But apparently the way water works in Minecraft has changed somewhat since he originally designed the drown-style Grinder part of the farm. So, as a service to my fellow Minecrafters out there, I want to show you a simple, easy to build design specifically for the Grinder part of such a farm. If you would like an explanation of how to build the spawning platforms or water elevator, let me know in the comments. 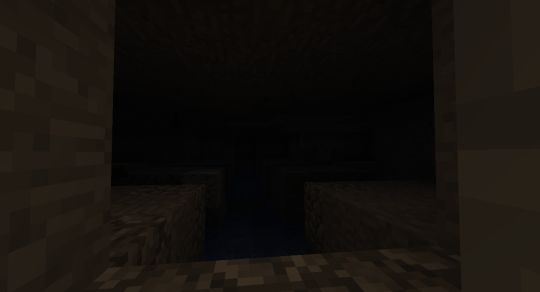 This is a quick glimpse inside one of my spawning platforms. This is actually an adaptation of an old Etho design. Let me know in the comments if you would like a post detailing how to build this.

How to Build a Drowning Mob Trap of Death

The area to enclose is 2 x 5. On one side is the top of your 2 x 2 water elevator that will be bringing up Mobs from your subterranean spawning platforms. On the other side are hoppers for receiving the items that your drowning Mobs will drop. These should lead into a chest outside the Mob Grinder or to an item transport system. 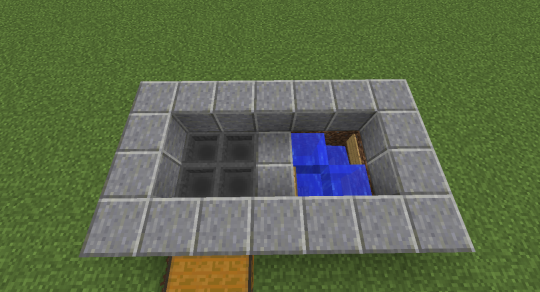 The interior height of the Mob Grinder will be three blocks. I put glass on one side so I can watch as the Mobs die their slow, agonizing deaths. 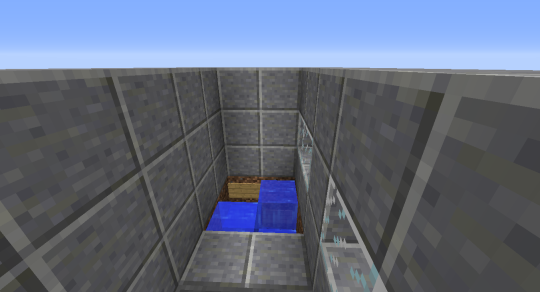 Put two water source blocks against the wall (the second block up) above the water elevator. The water should be flowing toward the hopper side. 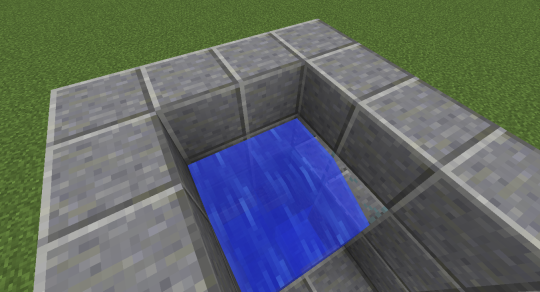 Place two blocks on the first level above ground level (the top of the water elevator), one block away from the wall. This will make the water flow over those blocks and onto the hoppers. This water will push the Mobs who ascend from the spawning platforms below over to the other side of the Grinder structure where they will drown.

Now break those blocks. The water will continue to flow over the hoppers. 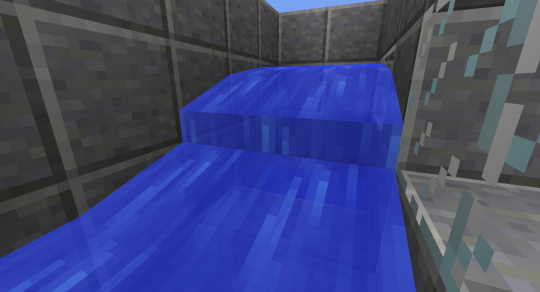 Now place signs on the walls both sides of the center median section, second and third blocks up. The water will continue to flow under signs.

Place slabs over the two hoppers closest to the center of the structure.

Now put four water source blocks three blocks above the hoppers (on the same level as the topmost of the signs). This is the water that will drown the Mobs. 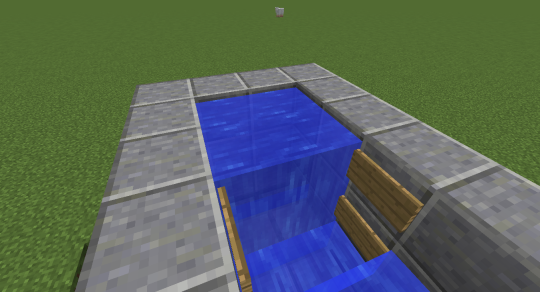 Also place two slabs above the two original water source blocks. This will keep spiders from occupying this space.

Now cover it up however you want to cover it up. I like putting glass here so I can have yet another way of looking in and witnessing the torturous end of all those Mobs.

I built one of these not far from my home base. My main base is located on the edge of three biomes: a forest, a plain, and a swamp. I built multiple spawning platforms in the ground beneath the swamp behind my ugly vanilla house. 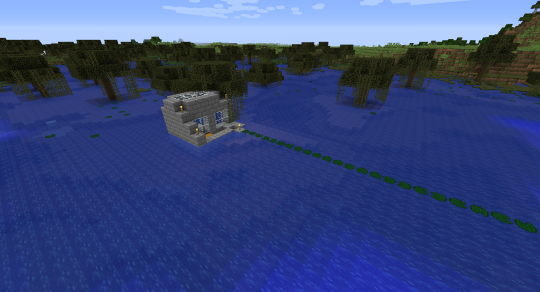 The advantage of this setup is that I can use this Mob Grinder building as a fishing spot, putting me in the ideal location to encourage spawning in my subterranean spawning platforms whilst I have something productive to do. So while I might not be getting all that experience from actually killing the Mobs myself, I am getting quite a lot of experience from fishing, especially now that I have the best possible fishing pole with Lure III, Luck of the Sea III, and Mending enchantments. 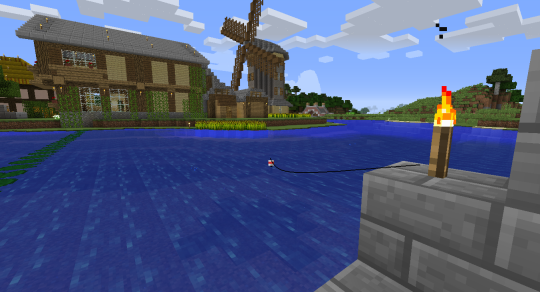 Part of the marvel of fishing is just being alone with the sounds of nature: rippling water, wind in the trees, birds, insects, and suffocating undead monsters and giant spiders.