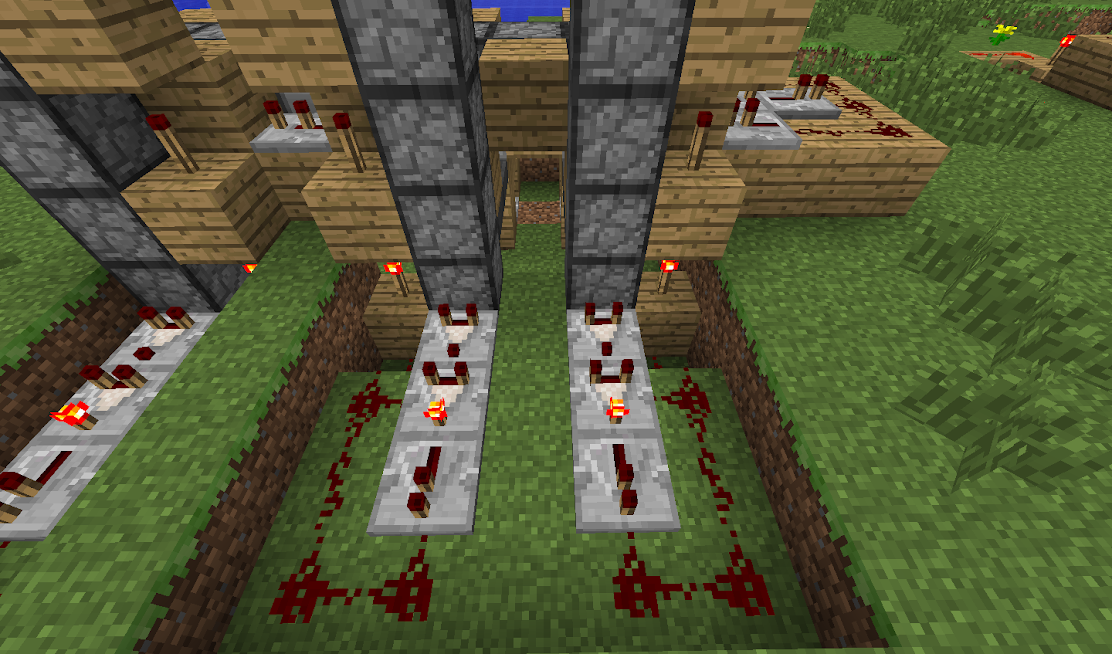 This is one way to set up a comparator clock to power a vertical dropper chain. 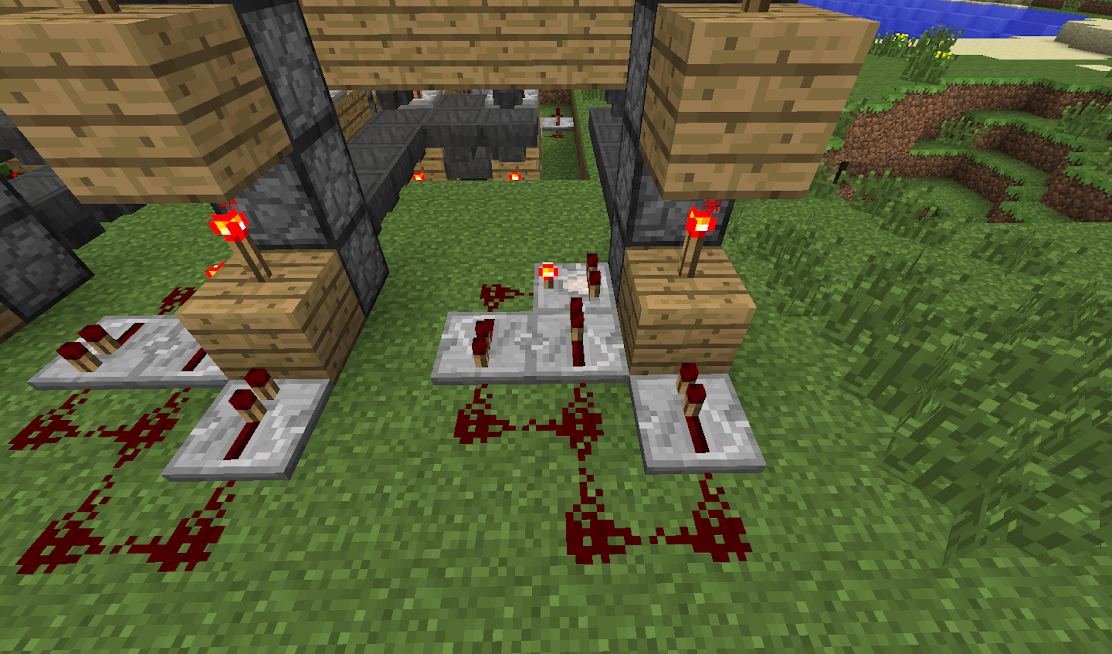 A second example of a comparator clock powering a vertical dropper chain.

Dropper chains are going to need at least a 3 block wide by 2 block tall space for its entire distance. Like a vertical dropper chain used as an item elevator, everything starts with a comparator clock. The redstone signal produced by the comparator clock not only powers the first dropper, but the signal is then relayed by a series of repeaters to every dropper in the chain, very rapidly moving items from the first dropper to the last and into a destination inventory. 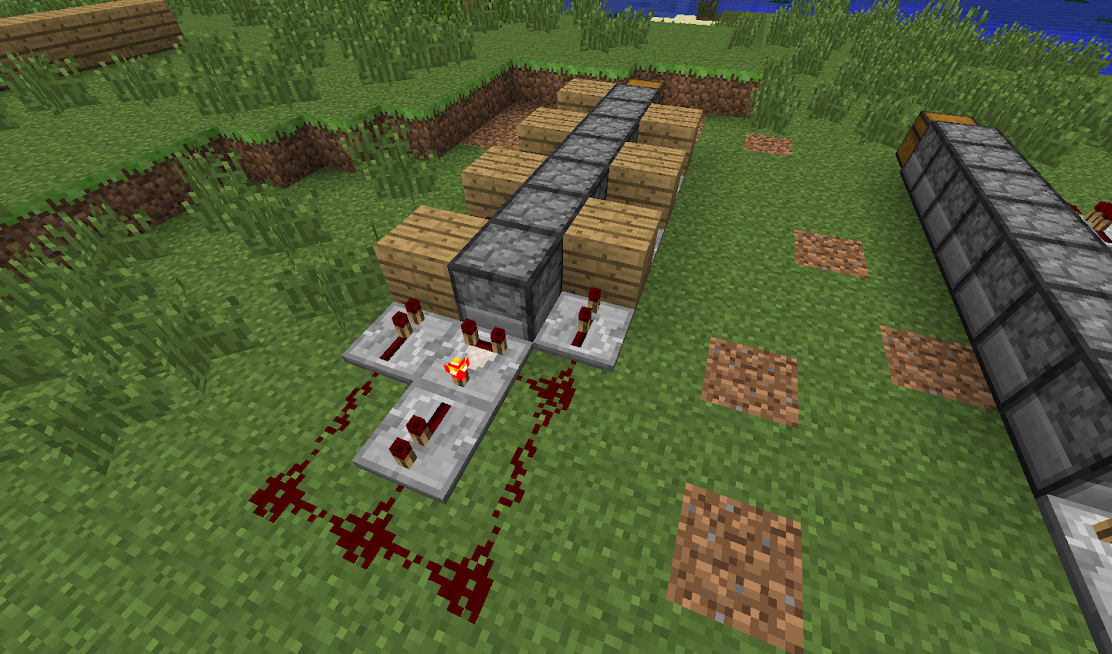 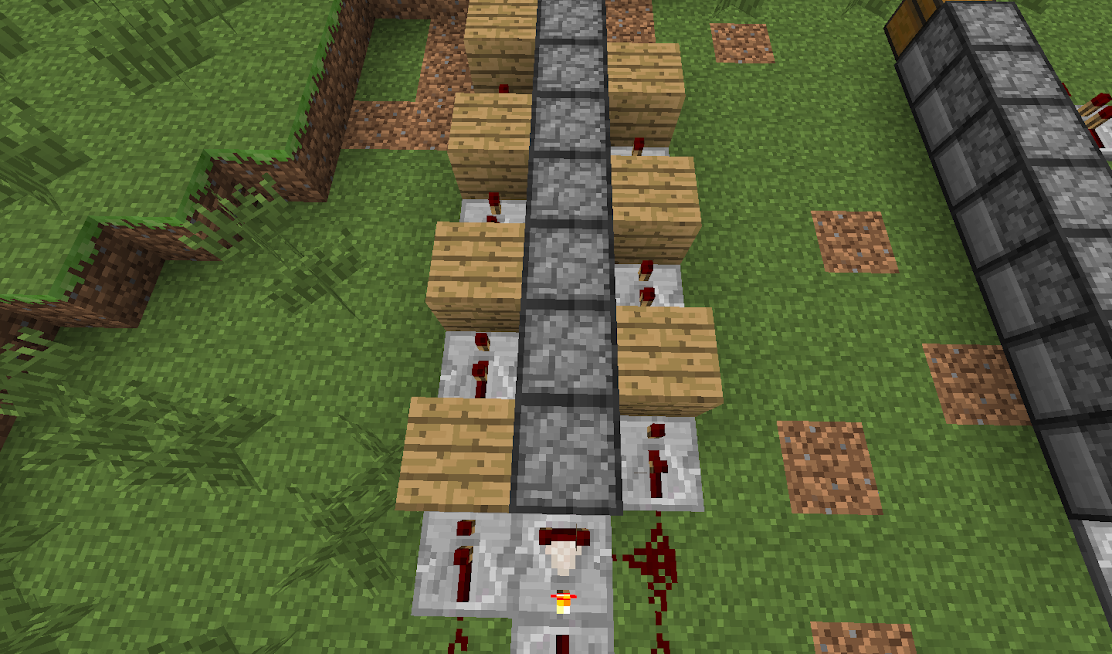 Another view of the first design, showing the repeaters between the blocks. The first repeater on the left is set to one tick, and all the others are set to two ticks. 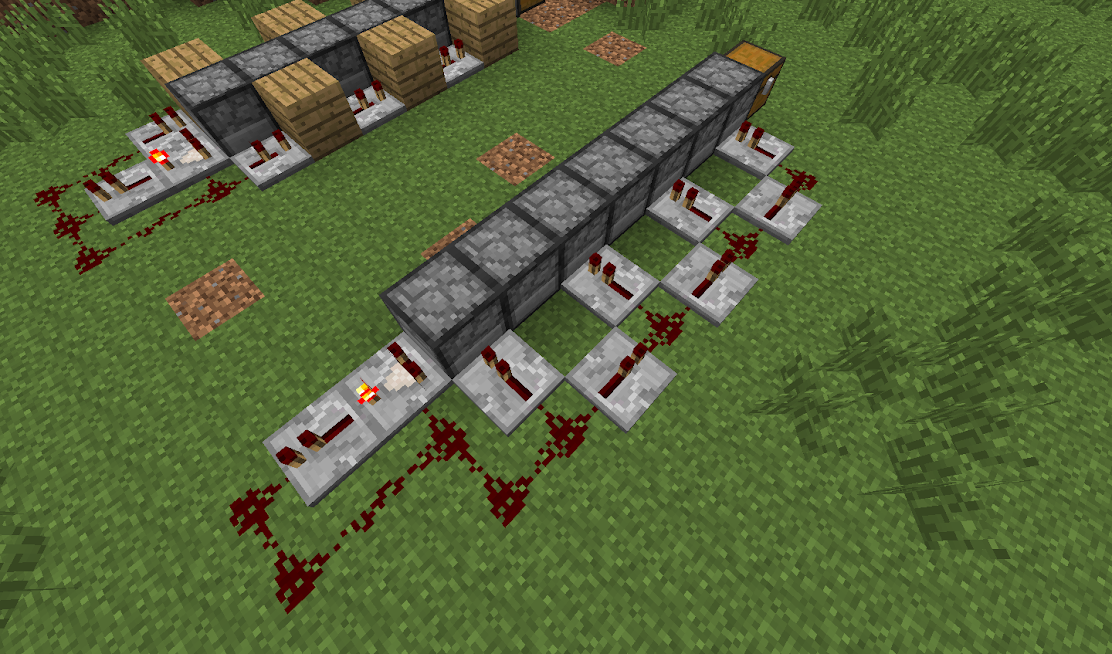 In this design, all the redstone is on one side of the droppers. Each repeater directed at a dropper actually powers two droppers, not just one. All of these repeaters are set to 1 tick. This chain is not so easy to use with the hopper filters. 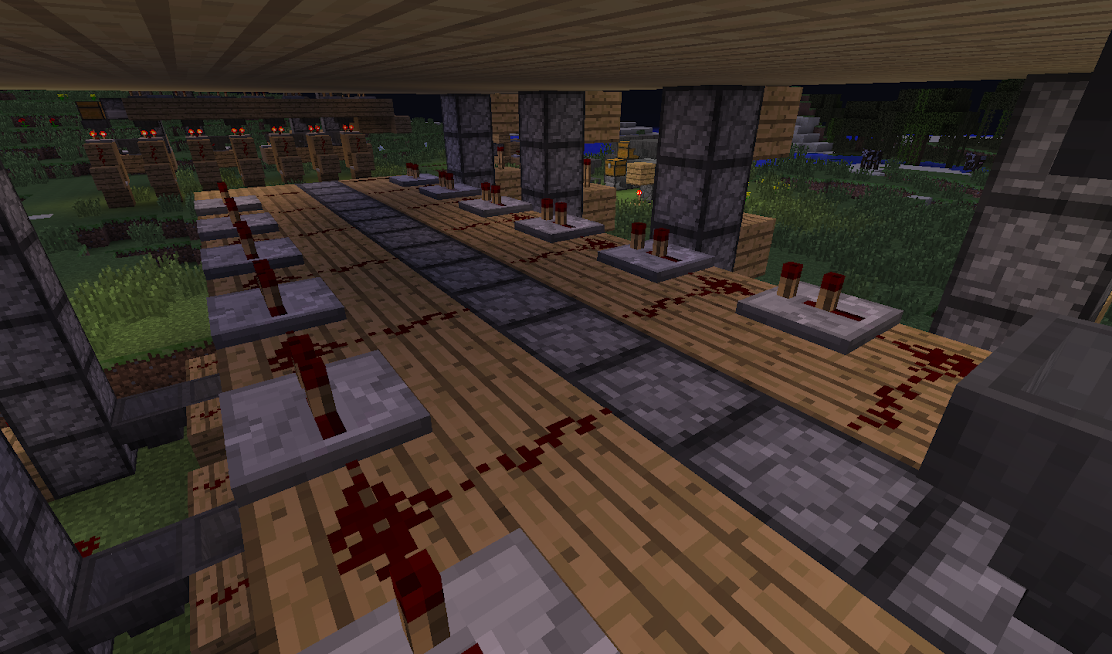 A third kind of horizontal dropper chain that leaves more room under the droppers for hopper filters, since the redstone is one y-level higher than in the other two designs. The first repeater is at one tick, while all the others are at two ticks.

The use of hoppers as an item filter is well-known, and I’ve even covered it a time or two on this blog, but I’ll review it quickly here. 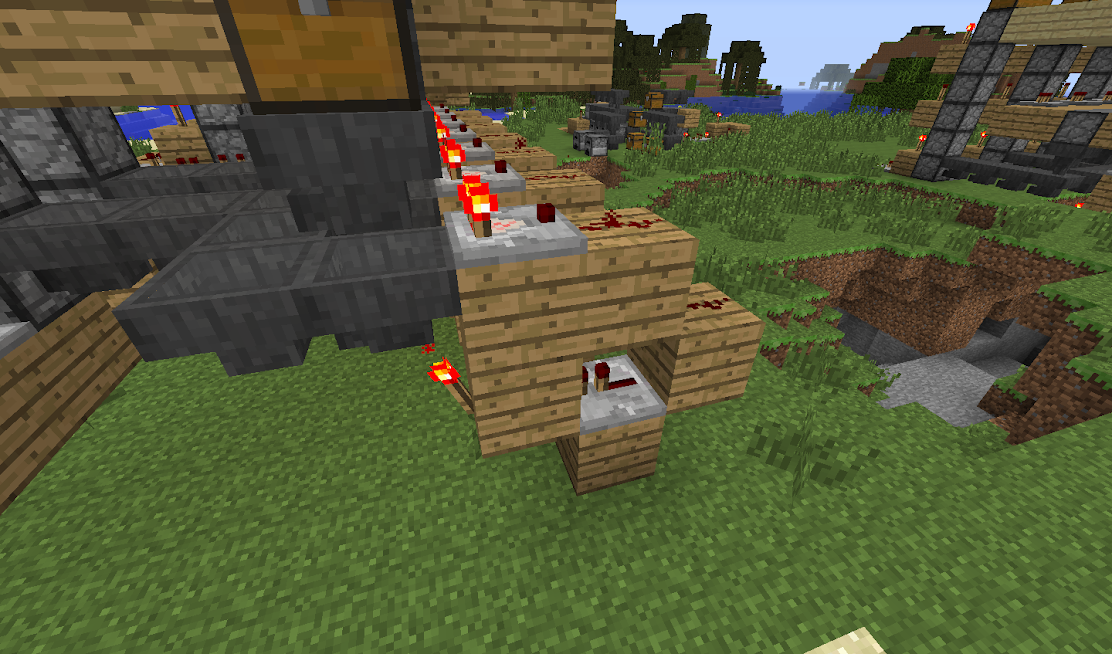 This is a side view of a hopper filter. The hopper underneath the dropper (in the image above it’s actually a chest) must be pointed at something other than the hopper below it that is NOT an inventory (note that it is pointed at the comparator). The comparator reads the level of fullness in the top hopper. Inside the top hopper are four sticks and 18 of the filtered item. When the number of the filtered item reaches 19, the comparator’s output increases to two, powering the block behind the repeater. The repeater in turn powers the block holding the redstone torch and turns the torch off. This allows the second hopper (the one below the filter hopper) to accept items and send them into a connected inventory (in this case, a hopper chain that leads to a vertical dropper chain and, eventually, a chest). 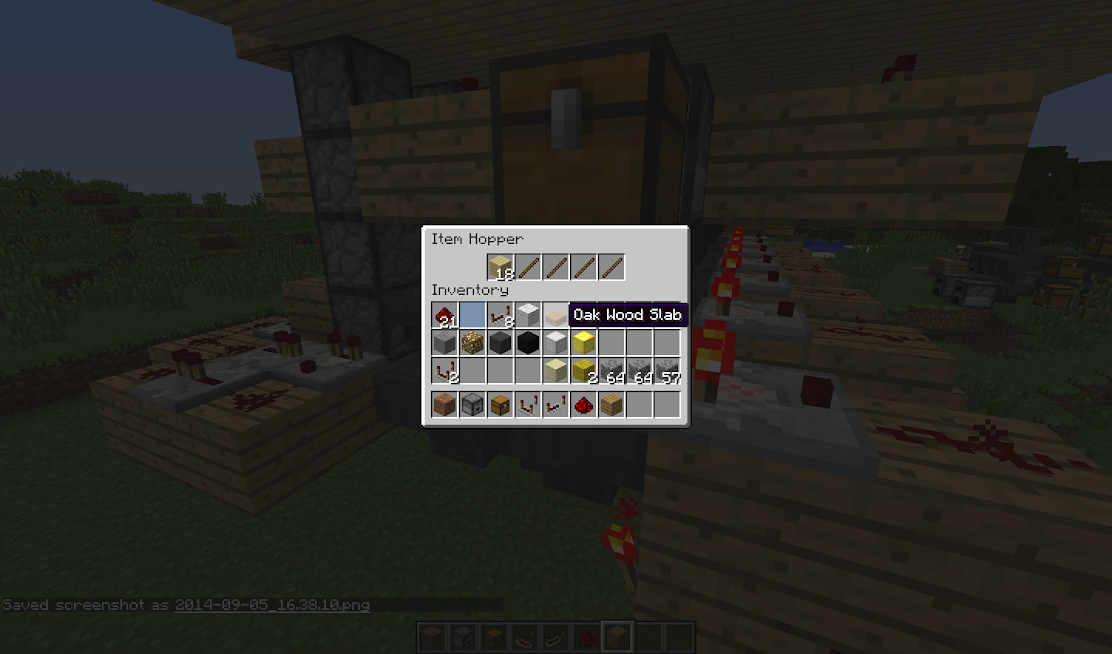 The top hopper is the filter, holding four of some item, like a stick, and 18 of the filtered item.

Putting It All Together

With two of the three dropper chain designs shown above, you can actually use hopper filters with the dropper chain to create a sorting system for your base in vanilla Minecraft. I’ve been working at it for a few days, now, and it seems to me that the most number of different items you’ll be able to sort into a single chest is two. This is strictly because of the space needed for the various redstone mechanics. I suspect there are ways to compact things even further than I have done, but I doubt it could get so much more compact that you could filter four or more items into a single chest. Because of the way hopper filters work, you can only filter one kind of item per dropper in the chain.

But this isn’t really a problem, because in vanilla Minecraft there really aren’t that many kinds of items, and what you want to be able to do is dump everything from the last mining trip into a deposit chest and have it sorted into a few double chests, or you want the output of your automatic farms or your mob grinder to go directly into a warehouse and be sorted into specific chests. The huge number of items and blocks added by most tech mods really are going to require the advanced item sorting mechanics added by those mods. My point here is that basic sorting doesn’t strictly need those advanced sorting mechanics.

I’ve built a couple of example systems in the last couple of days in creative mode. Here are some pictures: 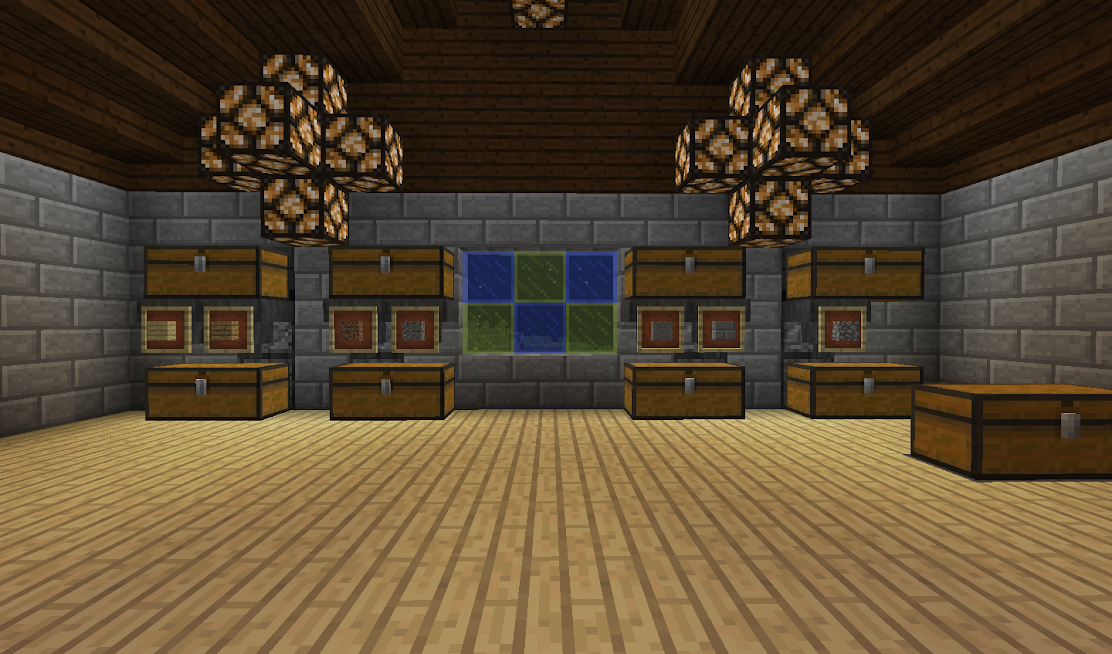 An example sorting room. Each of these pairs of double chests can receive two kinds of items. Having these extra filters requires that the chests be somewhat widely spaced apart (hence the window). The chest on the right of the image is a deposit chest. 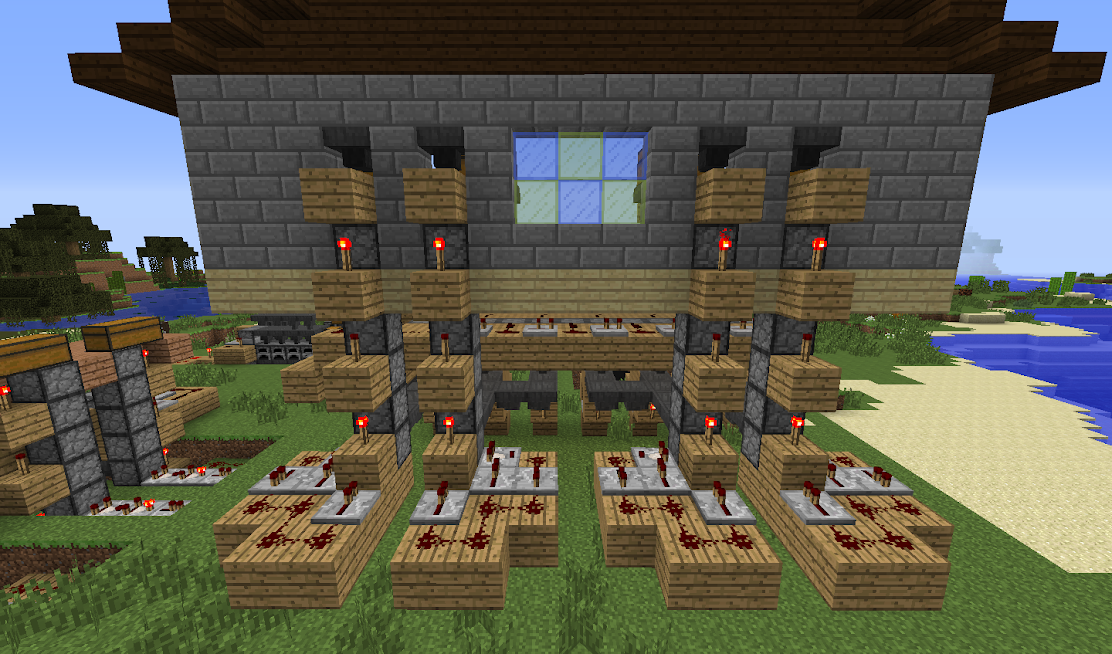 The other side of the wall of the example sorting room, showing the vertical dropper chains. 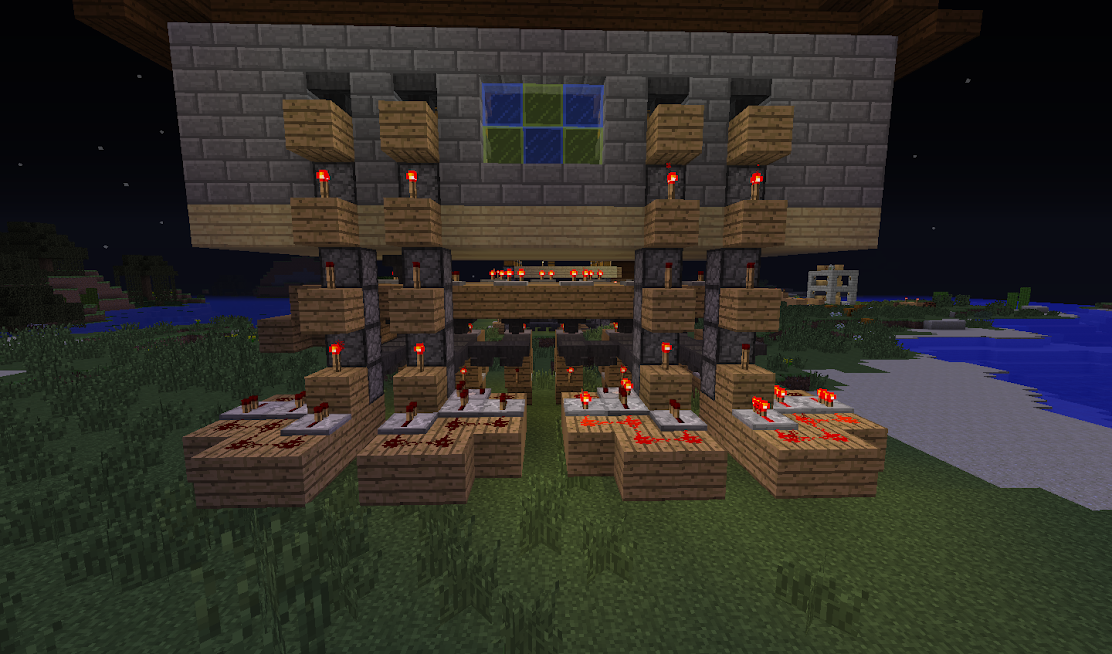 At night, when the sorting system is doing its thing, it looks like Christmas. 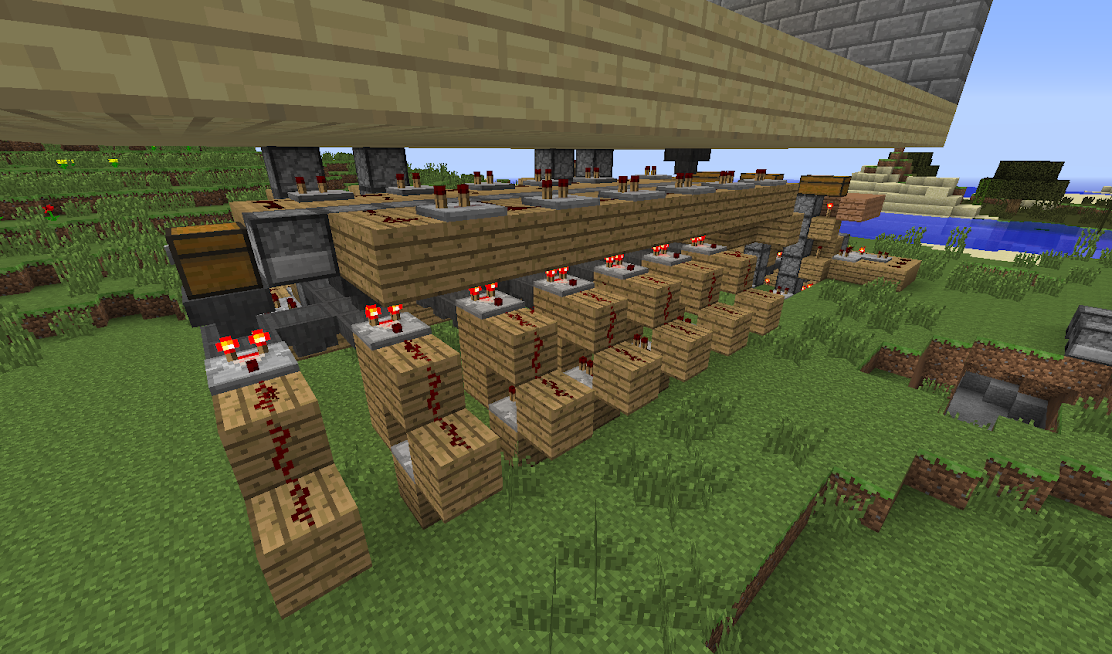 Another look at the underside of the dropper chain/sorting system. Here you see the line of hopper filters. 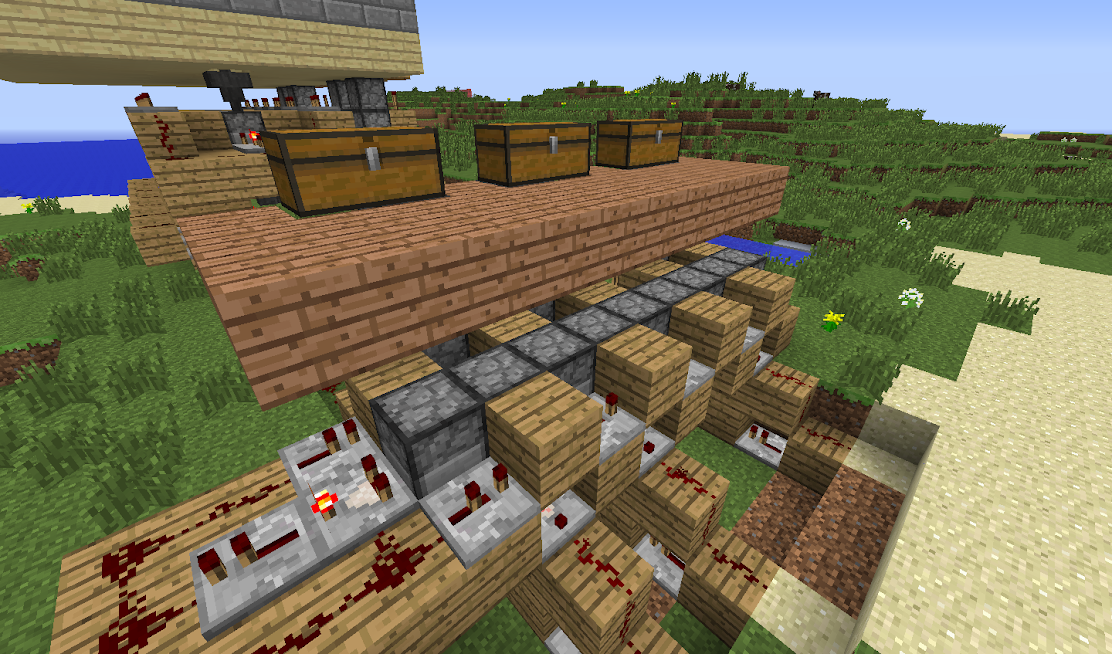 The beginnings of a second example sorting room. This one is intended to be as compact as possible. Unfortunately, it also means that most chests will only be able to hold one kind of item. 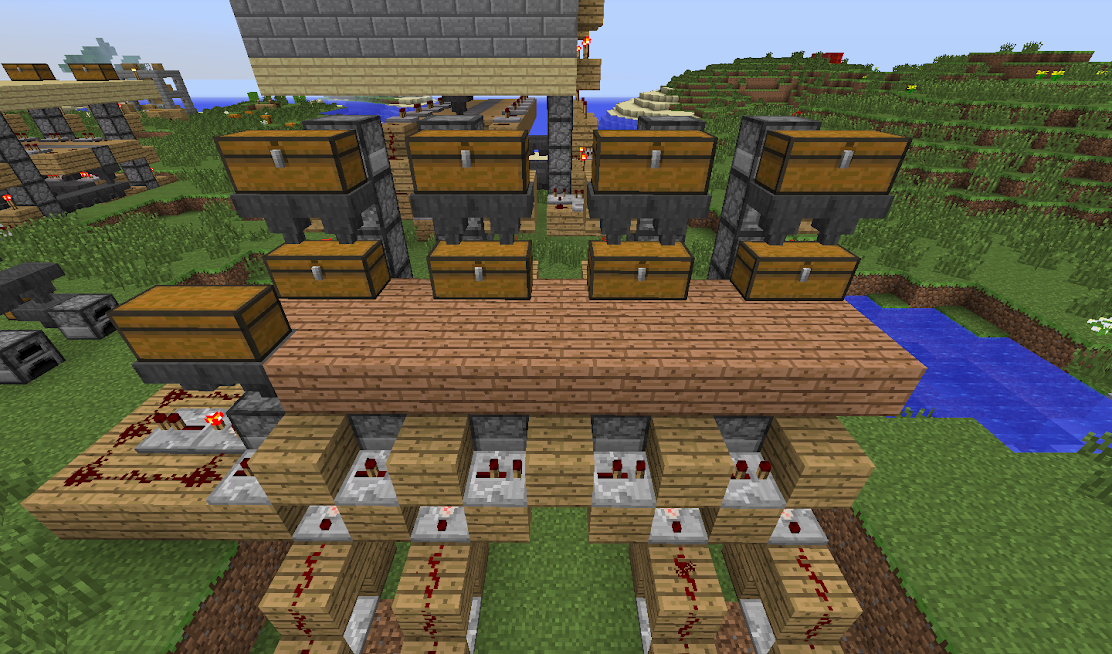 The compact sorting room is coming along, but I’m still tweaking it. The plan is the turn the dropper chain 90 degrees, do some more sorting, and then turn it again, ultimately making a U-shaped sorting room.

Not only do these sorting systems work, they are tons of fun to build. I also find them a great deal more satisfying to build than a Buildcraft or Thermal Expansion sorting system, as useful as those are. If you have any suggestions for how these systems could be improved or questions about how they work, write them in the comments.